Posted: Mar-15-2011 07:23PM
Ethan, wow I must have really rolled my eyes and gave you a dirty look when you informed me that you haven't gone through you're car in (6 months) lol

@Jesse Stark: this is your fault! 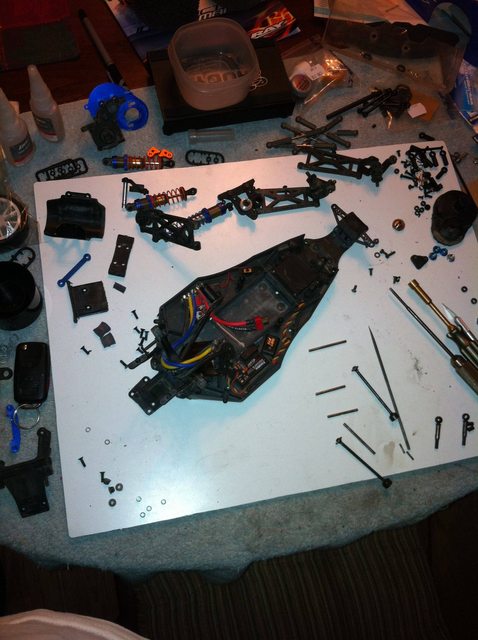 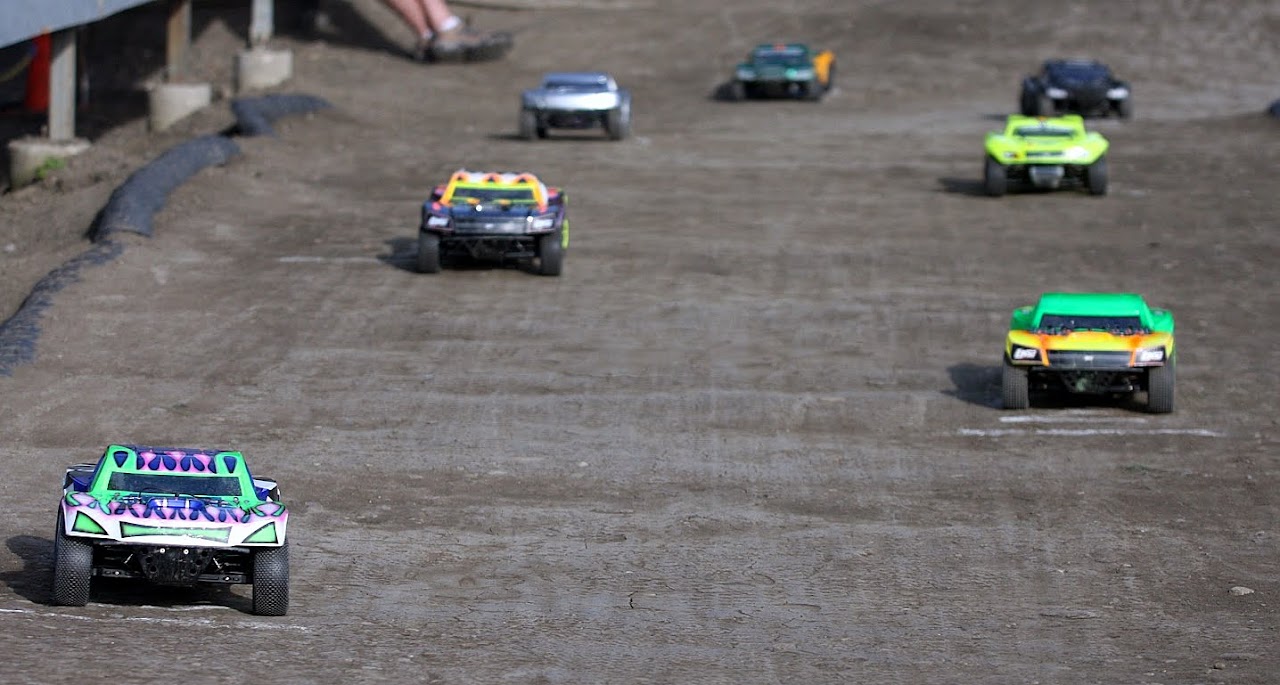 Edited:  Mar-13-2011 11:00PM
Pics from Saturday offroad racing are up at: https://picasaweb.google.com/rtisor/NorCalHobbies31211OffRoadRacing?feat=directlink

It appears the SC received most of my attention this week. Either that, or they are a lot easier to focus on. 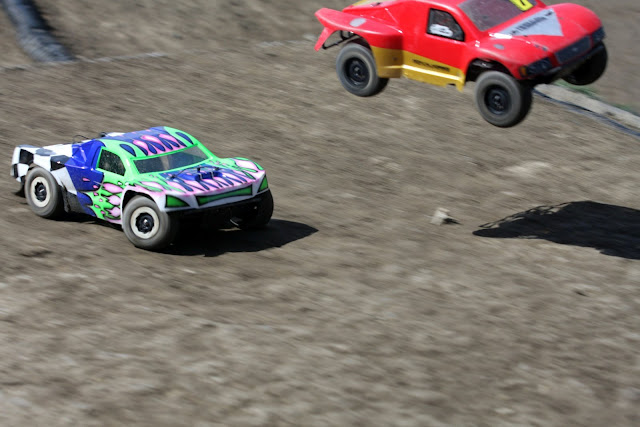 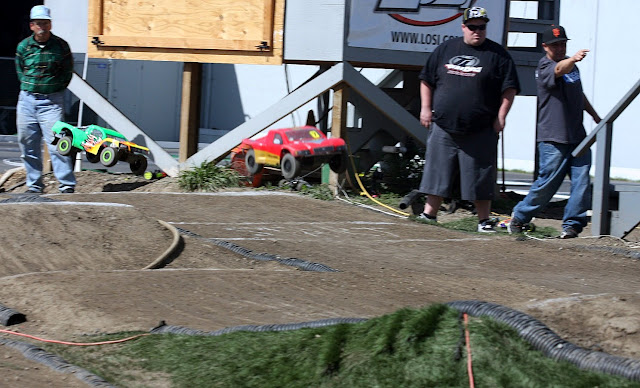 (Castro pointing out the real troublemakers) 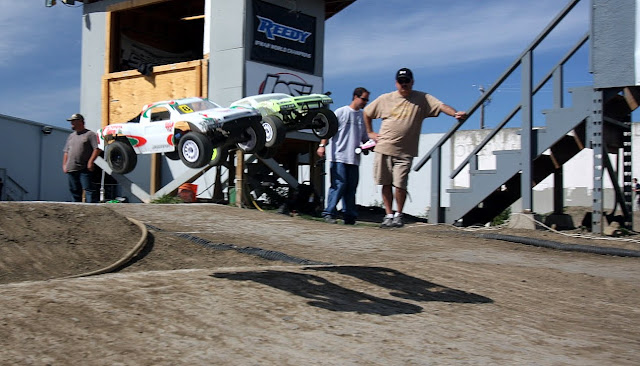 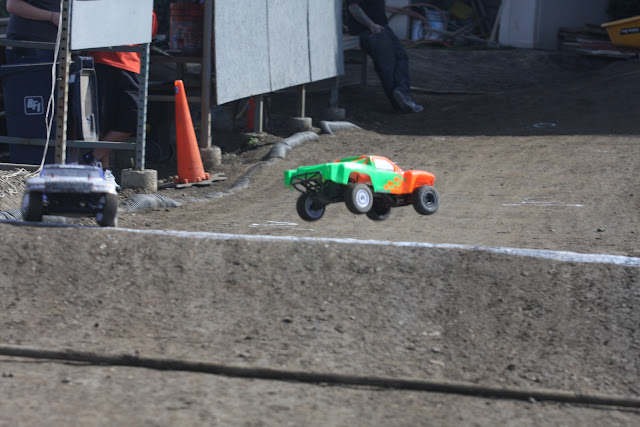 Great racing last Saturday, thanks to all who came out. Like I mentioned before the mains got started, thanks to the whole team at Nor Cal for making big race days like that flow smoothly. We are racing off road this Sunday. Let's hope for good weather.

Posted: Mar-14-2011 05:58PM
Another Fun day of Racing SC Open at NorCal for me . Finally getting my Kyosho SC up to speed -- w/ a few Tips from Mr. Castro himself . Hope to make it back out Sunday for more Off road Racing - Thanks again NorCal crew ---- Dave K

** Catering For All Occasions **

** Catering For All Occasions **

Thanks to all that came out this past Saturday. We had almost 90 entries in all and track was in great shape. Here are the photos of the top three in each class with a brief description and link to results.

4wd Electric Truggy had Sean S. TQ'd but on the Start Chops snuck by and held the lead the rest of the race with Chops Winning and Sean S. 2nd and Matt D third. all these guys where quading in.

2wd 13.5 was another great Battle with the TQ EJ and Autin Lee battling for the lead in the beginning for two minutes and then after traffic incidents got EJ and Austin, Thomas Ford and Castro snuck by in the last minute for one and two with Austin Lee getting 3rd

Stock SC had new faces and Three Kids in on the action. Aaron took the win over over second place Wayne and third place Jacob A. The battle between Jacob and Camelon came down to the last lap for third so we had to get Camelon in the Photo as well. Good Job guys

2wd Open had the best racing of the day with Jesse grabbibg TQ in both classes but loosing in this main on the last lap to Eric Albano who took the overall win and Biner snuck by for 2nd and Jesse getting 3rd overall.

4x4 SC has some serious momentum going and in weeks will be a prime time class. Jerry U took the TQ but couldnt make the main and Big Jay took the win over Kevin Pita and Brad Cabral. Most the fast guys where quading in with their SC trucks.

Open SC had everyone in the 18 second lap times and The racing was great all day. Castro had the ticket setup in the Amain beating Second Place James Arluck and Third Place Kevin Pita.

4wd had most of the field matching in fast lap times to within .2 and Jesse Took the Win with Aaron Biner in second and Hughey not far back in third.

Posted: Mar-14-2011 10:16AM
Hi everyone. I'll try to get some pictures sorted through and posted tonight. Wife took my favorite lens (excuse for poor results), so there were not as many keepers as I had hoped.
Return to Forum Quote Post Reply

Thanks Kevin for letting my try your buggy,

working on my Truggy now for next weekend.

IF there isnt enough for a nitro class do you just combine them with the elec truggys??

"When I want the truth I go to the internet because that's the magical place where no one lies.

Mugen Seiki USA, Sweep Racing Tires, Protoform, R1 Wurks, Speedworld Raceway "When I want the truth I go to the internet because that's the magical place where no one lies... "On-road is racing.. off-road is 50% competitive jumping and 50% crash avoidance"
Return to Forum Quote Post Reply

Posted: Mar-13-2011 11:33AM
Hey there Kevin J., any word on what classes you are going to having for the Nationals? Hope all is going well.
Return to Forum Quote Post Reply