RCRacing.com is for sale, serious inquires only please. Contact Dennis.

doug you car was Money     after three false starts to have that happen..

I had radio issues from the drivers on the dirt track  over powering my dsm..   they should have the dirt tracks closed during onroad racing or at least not allow  nitro cars to run with the noise and kick up all the dirt a d gravel onto the onroad track..

I broke twice my WGT with run aways.  plus ended up spliiting the   bumper again. cuz I ran over a rock  that caught under my chassis and sent my car without steering into a board at the end of the straight.  if we can put up a fence and not allow drivers from the offroad to walk on the track.

Not complaining  but  the offroad debris and dust are being blown onto the on road track. Maybe you guys can hold off construction till the races are finished,

Radios over power others on the back straight.

I met a couple of new guys there who came to start practicing for the Reedy  the were complaining to me about the conditions   I told them it was just temporary.  Just letting norcal staff know that.

I'll wait until my dsm2 comes back  from spetkrtum

doug should have won  but  I did see Kevin give doug back his entry fee  now thats classy.

Badboy..2011
Help grow RC in Northern California..Bring a new racer to the track for 2011

Thanks NorCal for another great day of racing. I got there late, had no electronics in my car, managed to run the 1st to Quals with no timing or ramping lol , bumped out of the B to make the A main ....... lol then broke in the Main. It was a hell of a ride

Thanks to Ronny, Ray , Sean & Louie for helping me get my TC5 back on her feet & race ready so fast. Thanks fellas for always helping me keep my rides a running

Doug - Man heart break hotel bradda. That's the 1st time I ever saw a 10 scale BUGGY take a sedan out on an ON ROAD race ..... mid race

You had the best looking car out there all day!! Thanks for the use of the battery for the bump

An O.G. Hater since before Vader was a gleam in Biner's eye...

Hey guys - NO SMOKING ON THE GROUNDS!  Outside of the gate and don't drop the butts on the ground!  Use the tower int he parking lot

I have a used replacement axle setup you can borrow until your order comes in.

Will be there Sunday.

Posted: Apr-06-2011 06:48AM
Is the onroad track going to be clean in Saturday for practice?
Return to Forum Quote Post Reply 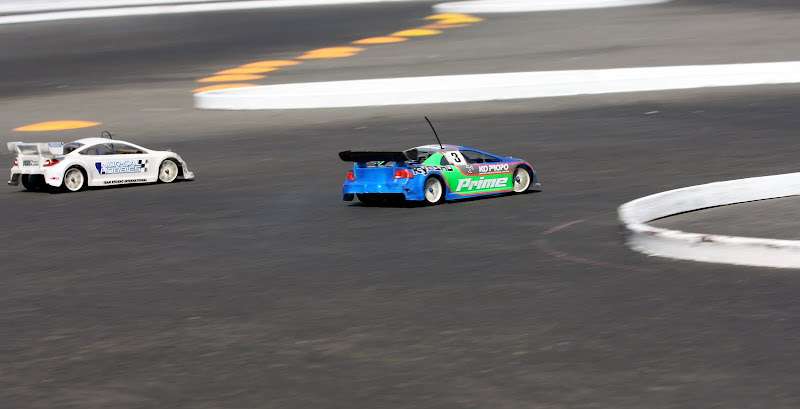 Coach...why bother trying to "Beat"  Larry...the only way to "Beat" his motor is to Punt him off the track...Hahahahaha!!!

Good times at Norcal yesterday!  The onroad track had surprisingly good bite.  I love the layout.  It makes for some good racing.

Jelich is building something crazy on the 1/8th scale track!  I can't wait to try it.