RCRacing.com is for sale, serious inquires only please. Contact Dennis.

Hey Steve, did you ever race at Revelation? Their "crop circles" as I called them were pretty great and a nice shallow angle. But people would cut them when the opportunities arose. The one I was thinking of specifically was in the infield and you could jump and clear it consistently and actually get a tick faster lap

I agree the orange dots are nice and low but what I have noticed is the lower you make kerbing, the more racers will look for that cheating angle. It is in our nature hehe

Posted: Mar-15-2011 09:00AM
The purpose of curbs is to keep the racers honest and to eliminate as many walls as possible that break cars. Re: Less wood. However, these curbs need to be to scale!! The Tamiya track's curbs are way too high! It is not necessary to make them a launching pad! The low, orange discs that we are using on the carpet track are more than high enough. I have seen many a touring car roll over after hitting one of those orange discs. The orange discs also are just high enough to reduce your lap time if you do hit them and you don’t roll over which forces the drivers to stay away to get that perfect lap time. My other concern is cutting into the asphalt to put in jacked up berms which will allow water to seep down into the asphalt and that will be the beginning of the end of the asphalt track. There needs to be a wooden wall separating the back straight from the infield and a perimeter wall to contain the cars but that is really all of the walls you need if the curbs and track are designed properly. If you want berms/launching pads, race off road. Let’s get this right the first time.
Return to Forum Quote Post Reply

An O.G. Hater since before Vader was a gleam in Biner's eye...

" Do it! Do it now! Put in berms! What are you waiting for!" said Rheinard.

I hope I am reading this right becuase I just saw the word "Berms". This years Reedy Race is going to be off the hook!

Eric posted in Reedy thread, ill move to this thread as well.

Thanks for the info, but you coulda just said they are very forgiving.

Posted: Mar-14-2011 08:37AM
The angle and the radii of the actual kerb from racing surface to face of kerb... then from the face to the top edge also has a nice big transition and not sharp. It is right for 1/10 scale and you can get a couple wheels on them without upsetting the car a bunch. The ones with abrupt transitions and steep faces can upset your suspension and lead to other less desired behaviors like aerial acrobatics, cars shooting out into traffic, and ultimately broken parts and sadness

To give you an idea of why the Tamiya kerbs rock. We have run many "less than awesome" chassis designs there over the years including some like mini with a high center of gravity. You can rail the sweeper after the straight, accidentally blow your line, and still drive off of it without too much drama. It is the ability the safely drive off of them with your suspension loaded in an off-camber fashion over and over that makes driving the track a dream. You try to even look at steeper or angled transition kerbing funny in the same scenario, and your car is flipping without a doubt.

I actually took a bunch of recon pics last year at the nats on my phone I'll post 'em up in another thread when I get a few. The only thing I failed on was taking rulers and angle gauges

I know that when Jan and Aron first built NorCal, the original plan we talked about was to copy the Tamiya kerbs. I recall Hicks actually cutting a cardboard or paper template though I am sure it is long gone.

Ethane...got you covered. Will get back to you tonight. 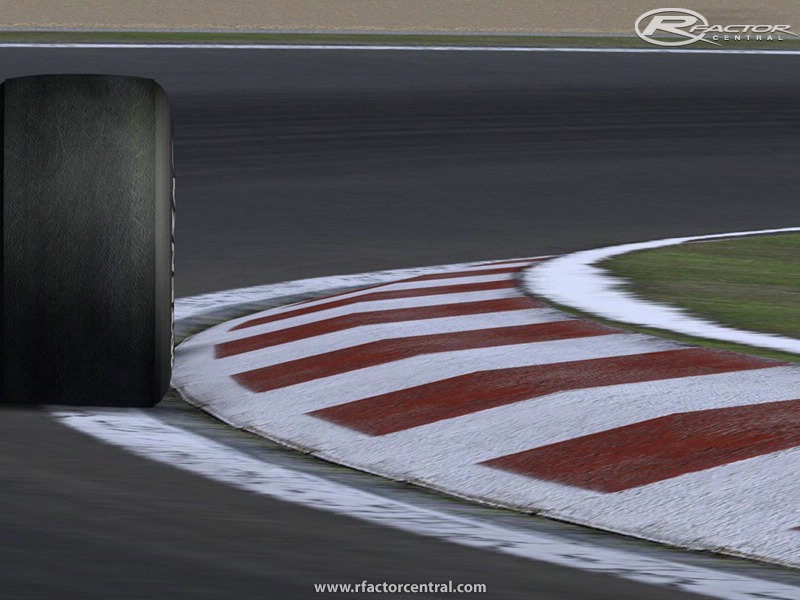 Here's a pic of them at Ripon

And the best kerbs in the business at the Tamiya track

HERE IS ANOTHER PIECE OF MADNESS ABOUT THIS WEEKEND...IT IS THE DAYLIGHT SAVING CHANGE ON SUNDAY MORNING THAT HAS US ADVANCE OUR CLOCKS ONE HOUR.

REMEMBER TO CHANGE YOUR CLOCKS ON SATURDAY NIGHT OR YOU WILL BE AN HOUR LATE TO THE CARPET MADNESS RACE ON SUNDAY MORNING. Badboy..2010
Help grow RC in Northern California..Bring a new racer to the track for 2011